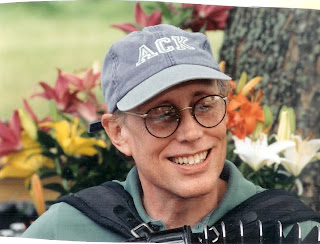 My husband has always had a unique and interesting turn of phrase. For instance, he has labeled that time in late afternoon when hunger and sleepiness take over as “having a sinker.” He calls coffee either “Java,” or a “cup of Joe.” Where he grew up, a milkshake is called a “cabinet.” I had gotten used to his phraseology. Then, ten years ago, he suffered a massive stroke that mostly affected the speech and language area of his brain. Suddenly, it was a whole new ball game. What were eccentric and regional linguistic applications became just a bit dicey. Charlie has always been one to massacre the English language, and since the stroke, his conversations have become a bit more dangerous. Always one to come VERY close to what he wants to say without always saying it correctly, he has become locally famous for his colorful communications. I had no idea that being the wife of a linguistically challenged individual would bring such notoriety. Yet there is a real charm to Charlie, and his errors just seem to add to his charm and increase his celebrity.

What is your name? If it is Lauren, Charlie will call you Lola. If you take pride in your German heritage, Charlie will add a “schnitzen” or a “schnecken” to the conversation at every possible opportunity. At Ikea, he will loudly announce the names of each furniture item, thoughtfully provided by store management: “Hey, Molly, do you need a DIMPA? What about some BLABAR?”

One evening, sitting around the fire with our children, somehow the subject of palindromes came up. Charlie’s eyes lit up, and he stood up and recited: “I CAN ROLL A BEESE, PANANAMA?” Without skipping a beat, the three of us replied, “Uh, huh—A MAN, A PLAN, A CANAL—PANAMA. I CAN ROW A BOAT, CANOE?” You see, after awhile, it gets easier and easier to translate. Annie did point out, though, that the rowing a boat portion of the exhortation was NOT a palindrome.

Charlie also has created some expressions that as a family, we use often. One term, “al dente,” is not what the rest of the world thinks it is. “Al dente” in the Campbell lexicon has two meanings. One: two people who eat in a restaurant and choose to sit adjacent to each other are sitting “al dente.” Sitting “al dente” is totally nerdy, we think. It precludes conversation without putting a crick in one’s neck, and it is NOT romantic! Second definition: “Al dente” is anything that is free of ornamentation, frippery, or extra accoutrements, as in “Do you want your steak with all the ‘fixins,’ or ‘al dente?’” Or, “I am not wearing any jewelry with my ball gown. I think it looks better ‘al dente.’” This term has been used with such frequency in our family through the years, that both of our children went out into the world USING THE TERM IN CAMPBELL FASHION. They have suffered great embarrassment as a result, and blame us for their public humiliation.

The apex (or should I say nadir?) of Charlie’s linguistic escapades occurred the other evening. Following a lovely Bach concert, there was a champagne reception honoring the performers. As we stood, flutes of the bubbly in hand, Charlie noticed a man that he knows. Gesticulating wildly, he beckoned the man over, and excitedly and loudly exclaimed, “MOLLY, THIS IS ED! YOU AND HE HAD YOUR BI-RECTUMS AT THE SAME TIME!” Ed looked confused and somewhat nonplussed. I, however, knew immediately that Charlie must be referring to the colonoscopy that I had recently. Ed looked to his wife for edification, and she also seemed a bit lost. I did manage to utter the word “colonoscopy” before the champagne shot out of my nose. At that point, it seemed wisest just to leave the reception.

This is the same husband who gave a toast at a wedding to “David and Lorraine.” The couple was in actuality named Dennis and Lauren. This is also the man who informed me that there was a new Mexican restaurant in town called “Abdul’s” (Abuelos). His favorite movie lately was “Sid is on the Roof” (A Serious Man). But through it all, he remains the most enthusiastic, in his own words: “bon vacant” around. I remain by his side, as translator, censor, and yes, cheerleader.

You only go around once. I want to go around with Charlie: the man of many words, many of which are bogus. He has wit. He has charm. He has a lot of fans. He has a certain, in his own words, “JE NE C’EST PAS.”